Tech stocks are flying high again. During the past three months, none has climbed higher than NXP Semiconductors, the leading maker of near field communications chips that turn cell phones into digital wallets. Shares of the Netherlands-based company have climbed 130 percent during that period, more than any publicly traded stock in the world with a market capitalization of at least $2  billion, tech stock or otherwise.

The chart above shows the performance of four tech companies with market caps above $5 billion whose shares have skyrocketed during the past 90 days. NXP heads this elite group, which includes JDS Uniphase, Nvidia and ARM Holdings.

The performance of my iTech portfolio, which is comprised of 22 tech stocks including the four listed in the chart above, also confirms the tech rebirth. iTech has outperformed the S&P  by 111 percent during the past two years and bettered the index by some 31 percent annually since inception.

Investors are enthusiastic about NXP  because many analysts are predicting that NFC cell phone payments will gradually replace cash and credit cards in the near future. Smartphones equipped with NFC technology will probably account for about a third of the $1.13 trillion worldwide market in mobile transactions  by 2014, according to IE Market Research.

JDSU shares have doubled during the past three months due to huge demand for the Silicon Valley company's optical gear.

Nvidia's stock surged after the company introduced the world's first dual-core mobile chip at the Consumer Electronics Show in Las Vegas in January. The chip maker is also the first to develop a quad-core processor for tablets, which it demonstrated at the Mobile World Congress in  Barcelona, Spain earlier this month. Nvidia's Tegra chips for smartphones and tablets use a core licensed from ARM. The processors designed by ARM are used by virtually every cell phone maker in the world. Nvidia announced plans at CES to also make chips with ARM cores for personal computers and servers. Both ARM and Nvidia  plan to challenge Intel's longtime monopoly of the PC and server chip market.

NXP shares have climbed rapidly since its IPO last August. NXP was spun off last year from Phillips, the electronics giant based in Amsterdam.

NFC technology is not new. What has spurred this sudden euphoria about the technology is the many unconfirmed reports that Apple will include a NFC chip in the iPhone 5. To date, no one has been able to overcome the seemingly insurmountable obstacles to implementing NFC mobile phone payments. Many feel that Apple will solve the problems and upset the payment industry dominated by Visa and MasterCard just like it did the music, mobile phone and tablet markets with the iPod, iPhone and iPad. The payment industry is now making a renewed effort to embrace NFC in a preemptive strike against Apple.

In order for NFC chips to be deployed on a large scale, the machines used for payment processing have to be  upgraded. Duetsche Telekom, the largest phone company in Europe, is reportedly interested in buying or forming a partnership with a payment processor as part of its plan to prepare for the use of NFC phones to make purchases. T-Mobile is a Deutsche subsidiary.

Google, for example, has had limited success with its NFC payment initiatives because it does not have a payment platform that could be used as an alternative to Visa or MasterCard. "Google does not have a billing relationship with 99 percent of its customers," points out Deutsche chief technology officer Ed Kozel. "That's our opportunity."

Kozel admits  that "everyone" expects Apple "to get into the market, and they know the price of being late" after seeing the impact of the iPod, iPhone and iPad.

NFC technology was originally developed in the late 1800's when Thomas Edison was experimenting with radio. NFC is now an extension of the ubiquitous radio-frequency identification (RFID) technology used in payment processing today.

Apple has applied for  several NFC patents recently, one of which revealed an e-Wallet icon, reports Patently Apple. 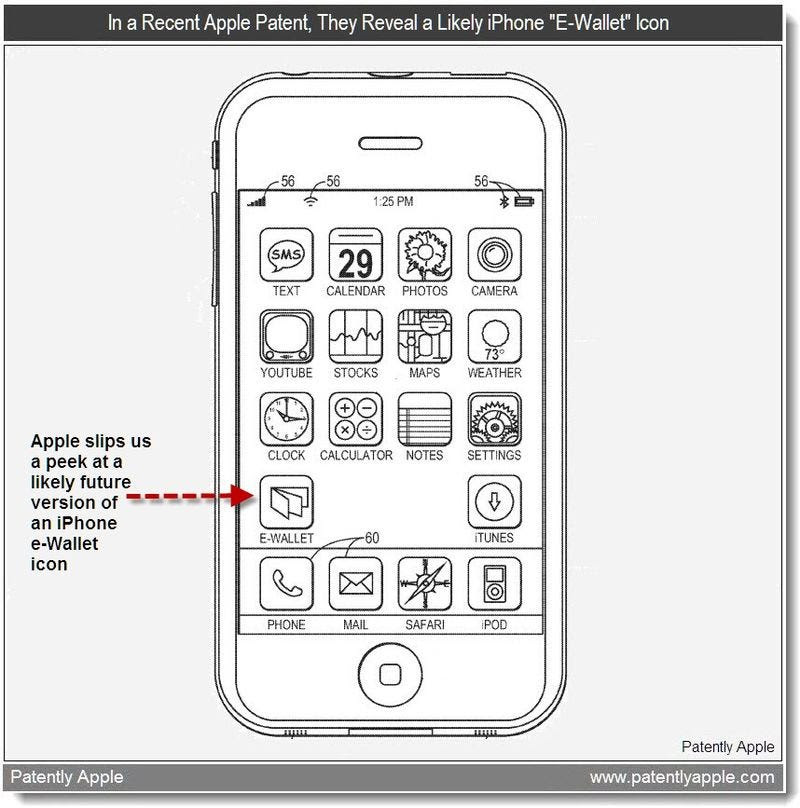 Apple is considering launching a mobile payment service this summer, according to Richard Doherty, director of consulting firm Envisioneering Group. He thinks Apple will revamp iTunes, its popular service for purchasing digital music and videos. "When NFC meshes with iTunes, the world suddenly changes," Doherty said.

Apple has a prototype of a payment terminal for small businesses that could be used with the iPhone 5 and iPad 2, which will reportedly include NFC technology, Doherty said. Apple may subsidize or give away the terminals to retailers in an effort to speed adoption of NFC transactions, he said.

Toward the tail end of last year, U.S. carriers AT&T, Verizon Wireless and T-Mobile joined forces to create a nationwide payment network called ISIS. The partnership, which includes Discover Financial Services, plans to offer an alternative to the Visa and MasterCard networks.